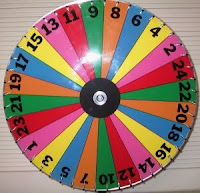 It’s been a little more than a week since I decided to give Match another go. So far, 1032 guys have looked. 60 have winked. And about 45 have sent emails. As for prospects, I’ve responded to 3.

That’s not true. I did tell the 25-year-old he was very sweet for reaching out, but it wasn’t going to happen, and he would be better off spending his energy elsewhere.

As for the 3, I’m not writing home about anyone just yet. They’re simply the three who seem to have a brain.

Based on correspondence and a quick profile scan, the other 1029 appear to share one.