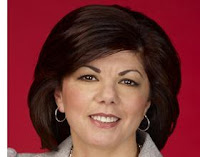 It’s all starting to smell a little sexist.

I’m not one to drop the words gender discrimination liberally, but it’s tough to ignore the obvious. Turn up in Central Park with drugs, a sex toy, and a rope tied around your neck and your genitals, and we’ll pretend it never happened. Transport a prostitute across state lines and humiliate your wife, and we’ll give you your own show (with a female co-host who’s got a history of putting down women). But be a woman with years of experience and an opinion and get fired instantaneously.

On first blush, what Octavia wrote was definitely controversial and inflammatory. I don’t support or excuse her words. But take a minute to read her follow-up apology and explanation, and it makes sense she said what she did. In fact, reading her post makes me think that she has more knowledge of Middle Eastern history and affairs in her pinky than most – if not all – of the rest of the CNN staff put together.

In the interest of full disclosure, I did have some interaction with Octavia during my tenure at CNN. Because we covered the Internet, we often turned to Octavia for help clarifying and often verifying online content related to the war on terrorism and for help navigating some of the more prolific extremist websites. She was always generous with her knowledge and time, and like other seasoned correspondents let go in the last couple of years – Kelli Arena, Miles O’Brien, Jamie McIntyre – I have no idea how CNN plans to replace her. I would not, however, be the least bit surprised if Jon Klein’s got a younger, generically prettier, less-seasoned female reporter waiting in the wings to take Octavia’s spot.

Twitter’s dangerous because of its constraints, and I’m surprised that the network that fired Chez for blogging (even though he was never a public face of CNN and never revealed his affiliation with the network) would give its on-air personalities free rein to spout unchecked in 140 characters or less. But I am even more shocked at the blatant double and triple standards that keep emanating from this former bastion of trusted and respected news. Be a guy who breaks the law, no problem. Be a woman with an opinion, buh-bye. If you’re going to defend hiring Spitzer by saying he apologized so that makes him a-ok, how can you fire Octavia after she not only apologized but also eloquently and thoughtfully explained the meaning behind her remark?

And you know what’s even more pathetic? As a fellow former CNNer pointed out this morning as she sent along the news of Octavia’s dismissal, the senior editor of Middle East affairs gets canned, but this crap gets branded news. I could not be more proud to no longer be affiliated with CNN.

UPDATE: I just had the fleeting thought of googling CNN and controversial comments simply to see if anything turned up that might jog my memory as to how CNN has handled possibly problematic opinions in the past. I didn’t have to dig deep. I’d forgotten that this is the same network that was more than thrilled to give Erick Erickson a platform on national TV less than four months ago. He had a whole collection of incendiary and offensive online opinion in the can before he was even hired. One tweet with an apology and explanation and Octavia’s toast? You do the math. Something’s off. It doesn’t add up.

One thought on “Male Fraud”