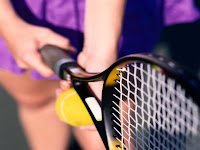 I played with the profile one last time. My subscription dies in about 4 days so it’s really little more than a writing exercise for me at this stage. Here you go:

Three days ago, my best friend said, “If you want to be with a girl like me, start running and don’t stop.” She was talking about herself, but it’s fair to say that applies to me too. It’s not about drama or stress or making life harder than it needs to be. It’s about having fun, pushing the limits, taking chances, and knowing anything worth having takes a little extra effort.

I’m going to let this little online experiment run out soon, but in the meantime, I thought it’d be good to change it up a bit.

Here’s what’s important to me: I take really good care of myself physically, and I’d like you to do the same. I’m not overly critical, but a beer gut at our age isn’t cute. I’m ambitious and driven so I’m looking for a guy who appreciates that in me and has the same propensity to take initiative and get things done. My friends would say I’m the funny one, but my humor’s more Jon Stewart than Adam Sandler. We don’t need to be attached at the hip to know we’re together. I’ve had several good relationships but haven’t met the one. I’m willing to keep going until I do. The guy I’m looking for is whip smart, confident, sexy, accomplished, entertaining, open-minded, and ready for a real, grown-up relationship. I don’t want to slow down. I want a guy who wants to keep up. I just traveled Spain by myself for three weeks. It’s kind of like that.

Other stuff that’s come up in the past few weeks:

1. I think the income question is awkward so I’m not answering it, but I can comfortably share that I’ve worked very hard over the years to be able to support myself, and it is important to me that you’ve done the same.

2. Spelling and grammar count with me.

3. If any of your photographs show you straddling something as if it’s part of your anatomy, assume I’m not interested.

4. All of my photos were taken in the last 2 months. If you don’t have more than one or the ones you have are blurry, also assume I’m not interested.

5. I’ll go a little younger or a touch older than my specifications, but if you’re old enough to be my Dad, you’re too old to be my date. I know lots of girls are working out their issues. I’m good.

6. If you’re in my favorites, it’s probably because I’m figuring out the least ridiculous thing to write to say hello. Plus, a little part of me still likes the guy to make the first move.

7. I’d like to have a family someday. Not tomorrow. But eventually. If you’re done having kids, then don’t bother.

8. I’m an active person. Being in good shape has always been a big part of my life. I cannot stress this enough. If you aren’t physically fit, please don’t bother. I’m not going to be able to overlook it.

9. If you’re under 30, I’m flattered. Not interested. But flattered. Thank you.

10. If you’re turned off by my being totally candid, then we’re not a match. The guys who usually dig me get it.

One thought on “Match Point”