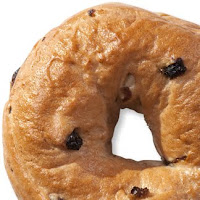 About a month ago, I had a small cherry angioma taken off my neck. It was tiny but became problematic and had to be killed. Now a second little sucker has made itself at home close to my right shoulder. It’s still fairly unnoticeable, but I’m not a fan, and I’d like it removed too. In that vein, I went to see my dermatologist today, expecting him to agree to my demands and just zap the angioma right there and then. Turns out, not so much.

Last time around, I accidentally scratched the one on my neck, and it bled incessantly. My dermatologist was out of town, but I made an emergency trip to his partner, and she stopped the bleeding by just cauterizing it on the spot. She was concerned about the lack of clotting, and post-procedure, she sent me to LabCorp for a test. Several hours and one sloppy blood draw later, I started to make my way home in the 100 degree heat. The blood loss coupled with not having had anything to eat or drink since breakfast led to a chain of events which culminated in my suffering a vasovagal reaction (lovingly known now as the Raisin Bagel reaction) in the Dupont metro station and being rushed by ambulance to the ER. I never lost consciousness, but it was a very scary ordeal.

Fast forward to today when I had to bring my regular dermatologist up to speed. He said I have two options. I can either leave the new angioma alone (not going to happen), or I can come back with a friend at a later date. He explained that he doesn’t want me leaving his office, passing out on the metro, and falling and breaking my teeth. His exact words. I tried to explain that I never passed out last time around, and that now knowing the causes and symptoms of a Raisin Bagel episode, I was certain that it wouldn’t happen again. Even though I can be very persuasive at times, this guy was good. He wouldn’t budge.

So now I have to wait a month and enlist a friend to join me at the dermatologist’s office on a Friday afternoon in early September. How obnoxious. My apologies to whomever that unlucky friend turns out to be.

And I’m swearing off raisin bagels on principle.