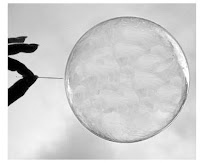 I’m paraphrasing here, but a wise boss of mine used to say the way to lead was to “energize the base and inspire the middle,” and instead, President Obama has been “alienating the base and confusing the middle.”

I disagree with a lot of how this write is framed, but I do understand the frustration many feel when it comes to the President’s performance so far. He ran on this incredibly inspirational platform of hope and change. There was a real sense that Obama could be the guy to stop business as usual in Washington and redeem government. I know I’m not alone in believing he recognized the time had come to remind lawmakers whom they worked for – the people – and remind the people that government could be on their side.

However, it’s been almost 2 years, and no one feels that way.

What permeates is the sense that the President has compromised his alleged values and backtracked on his campaign promises in a way that jaded insiders would say was to be expected but the general population hoped wasn’t the case. We wanted to believe. We really did. I know I did.

Advocates embroiled in the fight for financial reform, marriage equality, climate change legislation, and host of other issues can offer their insights better than I can in those particular arenas. But my personal discontent stems from my experience in the battle for health care reform. I’m glad we got something done. I’m not convinced what passed was good enough. As of last month, my insurance premiums went up once again.

Had Obama run the first two years of his presidency the same way he ran his campaign – with guts and gusto – he would have solidified the full support of his base and the middle. They would have been ecstatic to get what they voted for. But when the President almost instantaneously cloaked himself in compromise and became the guy who just wanted to be liked, he showed a weakness that disenfranchised those of us who truly believed.

We don’t want Canadian health care. We don’t want the feds to run it all. After 8 years of feeling cast aside, we simply want things to get better. We voted for our elected officials to put our interests first, for civil rights to apply to all citizens, for government to work for us again, and for hope and change to have meant something.

I don’t understand why the White House finds that so difficult to comprehend.

UPDATE: John’s got a great, more in-depth take on this too.

One thought on “Shattered Expectations”