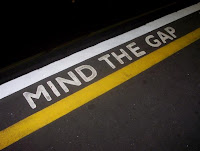 Sam Stein’s got the latest from Gibbs who appears to be trying to dial back his asinine comments from Tuesday:

“There are a small number of people on cable and elsewhere who will never be happy, who will never give the President credit for anything, and who will always look for some cardinal sin to be upset about,” the press secretary said in an email to the Huffington Post.

But, from there, he offered a far more conciliatory if not diplomatic reflection on the riff that briefly dominated macro-political debate within the Democratic Party.

“I also stand by my statement… that the vast majority of progressives and those on the left, whether that’s bloggers or groups or what have you, do not hold those beliefs and are pushing in good faith for a better country as they see it,” Gibbs added. “The President has urged those who want change to push for it and hold him accountable, and that’s how he feels.”

The latter remarks are far more tempered than those Gibbs offered during his daily briefing on Wednesday. Pressed then to expand on why he had disparaged the “professional left” — for demanding, among other things, the elimination of the Pentagon and Canadian style health care — Gibbs declined to name names but did little backtracking. Not only did he stand by the criticism, he said, he fully expected progressive voters to go out to vote come November.

I can’t help but be slightly insulted that Gibbs and whomever he’s speaking for (who knows these days?) think progressives aren’t bright enough to pick up on the b.s.

Go out and vote come November? Sure. I’ll do that for you if you do something for me. Close the gap between what you promise and what you deliver.