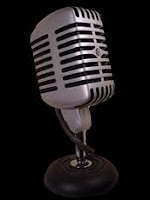 This morning, I returned to radio and got the chance to chat with Geoff Berg who was filling in for David Sirota on 760AM in Colorado. Here’s the blurb on our conversation:

Geoff Berg in for Sirota today. He led off talking about the Florida Governor primary won by Rick Scott. Rick Scott’s narrow victory over Attorney General Bill McCollum, the preferred candidate of the Republican establishment, in the Florida gubernatorial primary could cost the GOP a key governorship in a race that could have implications for years to come. The deep-pocketed Scott, who spent nearly 40 million in the nasty and bruising campaign, was the CEO of the Columbia HCA hospital chain, which was fined 1.7 billion for Medicare fraud not long after he left. He has a long history of screwing people over on health care. We then talked to AMERICAblog‘s Jacki Schechner for further analysis. She is the former National Communications Director for Health Care for America Now and Internet reporter for CNN.

The podcast is here. You have to guesstimate the halfway point, but once you move the marker there, you can hear my assault on the scumbag who’s now Florida’s GOP nominee for governor.