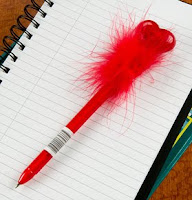 I officially have a giant journalism crush on Matt Taibbi.

A handful of gems from his latest article for Rolling Stone on the media-fueled Tea Party fiasco that calls itself a unified movement:

A hall full of elderly white people in Medicare-paid scooters, railing against government spending and imagining themselves revolutionaries as they cheer on the vice-presidential puppet hand-picked by the GOP establishment. If there exists a better snapshot of everything the Tea Party represents, I can’t imagine it.

It’s a mistake to cast the Tea Party as anything like a unified, cohesive movement — which makes them easy prey for the very people they should be aiming their pitchforks at. A loose definition of the Tea Party might be millions of pissed-off white people sent chasing after Mexicans on Medicaid by the handful of banks and investment firms who advertise on Fox and CNBC.

It’s not like the Tea Partiers hate black people. It’s just that they’re shockingly willing to believe the appalling horseshit fantasy about how white people in the age of Obama are some kind of oppressed minority. That may not be racism, but it is incredibly, earth-shatteringly stupid.

Arguments with Tea Partiers always end up like football games in the year 1900 — everything on the ground, one yard at a time.

Of course, the fact that we’re even sitting here two years after Bush talking about a GOP comeback is a profound testament to two things: One, the American voter’s unmatched ability to forget what happened to him 10 seconds ago, and two, the Republican Party’s incredible recuperative skill and bureaucratic ingenuity.

Do yourself a favor. Take 10 minutes and read the whole thing. It’s that good.