Caught these guys – Miami Horror – last night on U Street. Great gig. They still need to work out the small kinks (and learn how to make a better video), but once that happens, they’re golden.

…the more they stay exactly the same.

Back in July 2008, HCAN partnered with PSA to made the following video called “Insurance Company Rules.” It illustrates the absurdity of health insurance companies’ tendency to make up the rules as they go along:

This morning – more than 2 years later – I had the pleasure of experiencing Insurance Company Rules firsthand.

I got an Explanation of Benefits in the mail a couple of days ago that made no sense. I see a doctor who charges me $125, and UnitedHealthCare reimburses me a percentage of that $125. Then the doctor ups her rate by $10, and UHC pays me the same percentage on the $135. That was as of 8/7/10. A week later, the allowance drops to $115.

I called UHC to find out why, and their reason defies all logic. They said their “usual and customary” formula allows a maximum of $115, and everything up until 8/14/10 has been a mistake. We’re talking about more than 10 months of mistake.

What happens next is unbelievable. Because I called for an explanation, UHC is now sending my account back to Claims to recalculate, and if I owe them money (which they will undoubtedly conclude), they will send me a bill for the difference. I’ll be punished for asking questions. If I disagree with their assessment, they say, I have the right to appeal. To them.

Since UHC’s formula seems to be more “flexible and arbitrary” than “usual and customary,” I’m officially instituting a little policy of my own. I’ll accept a letter informing me of their reimbursement rate moving forward, but I won’t indulge any effort to collect payments they say they “lost” due to their own 10-month miscalculations.

UHC doesn’t need more of my money. From the most recent HCAN report on CEO compensation:

My premiums went up again a couple of months ago. No change in health status. No change in policy. Just a greedy health insurance company trying to squeeze every last dollar out of the little people. As far as I’m concerned – as far as this bogus claim is concerned – they’re not going to see a dime. 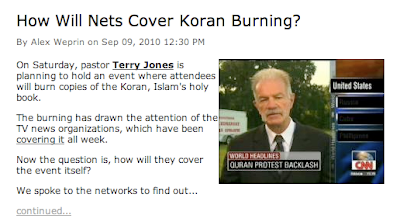 ABC News says that it will have people there to cover the event, and afterward producers and executives will meet to decide what images to show on-air.

A CBS News spokesperson says: “We will cover the story with the appropriate context, as we would any other news story”

An NBC News spokesperson says: “Our policy is to cover news events as they take place, and report on them with context and perspective. The determination about what images are appropriate and will be broadcast will be made by NBC News management after the event happens.”

A CNN spokesperson says: “We will dedicate resources to the story and provide coverage as news warrants.”

Isn’t this Parenting 101? Stop giving the delinquent child attention. If you ignore the tantrums, eventually they stop. Just because someone does something inflammatory doesn’t mean it’s news or needs to be covered. Let the crazies be crazy in a vacuum. Without an audience, they’re not significant. They’re just crazy. The media creates madness when it rewards bad behavior with attention.

When I worked for CNN, they were cautious about putting blog content on the air without our vetting and revetting. The argument was – and rightly so – that CNN is a megaphone, and the power of that megaphone should not be underestimated. The network’s ratings were higher back then and there were more true journalists in house than there are now, but that’s no reason for the standard to slip so dramatically.

This isn’t national news. It’s a bad local story on a slow day, and even then, a good News Director would refuse to send a crew on the grounds that it’s batsh*t insanity.

Where is the good to come of burning a holy book? Any holy book? Why encourage it?

I would have more respect for the network that didn’t budge than the hordes that do. That’s a station I’d watch, and if I were an advertiser, it’s where I’d spend my money. I’d also make a point of publicizing why.

Of course the networks will argue they have to cover the burning because it’s news, ignoring the fact that they made it news. They shouldn’t have given this moron a microphone – let alone a megaphone – in the first place.

Just when you think TV can’t get any more pathetic, it tops itself.

Last time I was down in Miami, my Dad asked if I’d ever seen “Baggage.” It’s on the Game Show Network, but saying it’s a game show would imply that the contestants actually have a chance at winning something desirable. I hadn’t ever seen it before, but we watched a bit, and it’s really something else.

Hosted by Jerry Springer (enough said), one guy or girl contestant stands up in front of three potential dates. Each potential date has three bags – small, medium, and large – and each bag contains a flaw. As the women or men open their bags and reveal the unappealing characteristics about themselves, the contestant has to decide what’s acceptable and what’s a deal breaker. The dates are whittled down until it’s just one guy and one girl. Then the chosen date gets to see the contestant’s baggage and decide whether he or she can live with it too. If so, the two ride off into the dysfunctional sunset.

I know everyone’s got issues, but I can’t imagine why anyone would want to compete on a game show where the prize is someone else willing to expose his/her worst qualities on national television.

One of today’s women had the following in her small baggage: “I spend $150 every week on pot”

Her explanation? She is a medical marijuana patient, and it helps her tap into her creativity. I’m going to go out on a limb and say lack of creativity (a medical condition? really?) is the least of her problems. 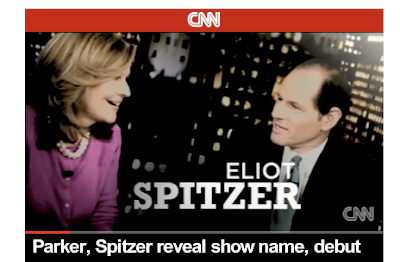 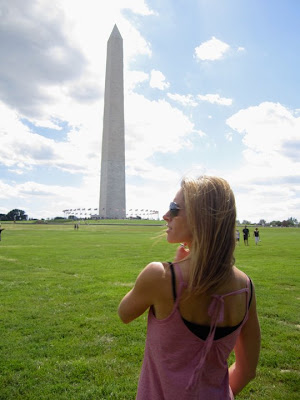 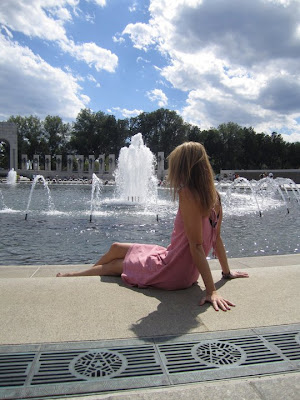 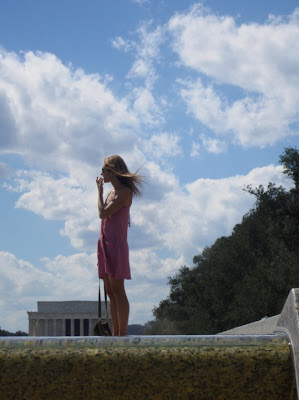 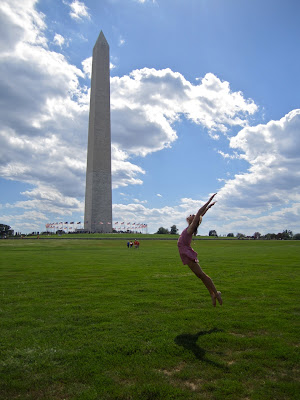 Found via friends on Facebook. Totally cute and worth sharing: