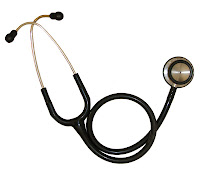 In the immediate wake of the elections, I’ve gotten some questions as to what will happen to health care reform. The short answer is that I don’t know for sure. No one does yet, and anyone who claims otherwise is full of it.

But the longer answer – and my opinion – is that some Republicans will attack parts of the law as a distraction, attempting to draw attention away from the reality that they have no substantial solution to the economic and jobs crisis they got us into in the first place. They may go after the mandate, which ironically is in place to protect their friends in the insurance industry.

See, if we want to require insurance companies to cover people with pre-existing conditions, it’s going to be more expensive for them to do so. It’s why they played that denial game in the first place. So the deal they cut is that they’ll cover everyone if everyone is in the system. That means healthy people have to buy health insurance too. The bigger the pool, the wider spread the risk and the better business model for the health insurance industry.

They may revive the ridiculous “government takeover” meme which is so easily countered if Democrats would just stand up and shout from the rooftops, “Show Me The Takeover.” Seriously. It’s that easy. Ask Republicans to show where exactly that alleged takeover exists in the health care reform bill. They can’t. It doesn’t. Game over.

So what do I think will happen? I think more stories like this will emerge. I think some Republicans will huff and puff but blow nothing down. I think – as President Obama said yesterday – no one wants to rehash the legislative battles of the past two years.

If the health care reform provisions are enacted properly, they’ll make a huge positive impact on the lives of the people who need help the most. The people complaining about an infringement on their personal freedoms won’t notice a thing until they get sick and need care. Then they’re going learn very quickly how wrong they were to protest reform in the first place.

It’s all going to take a little time. But if the Democrats recognize they have the moral and legislative high ground and act like it, I think the Patient Protection and Affordable Care Act will be just fine.