I’ve been entangled in an ongoing issue with my health insurance company for a few months now. I won my appeal, but their explanation letter makes no sense, and after reading it over carefully, I think they owe me money. I called yesterday, and they’re supposed to get back to me.

You may remember that NY Attorney General Andrew Cuomo settled with UnitedHealth Group back in January 2009 wherein United and other insurance companies would stop using Ingenix. Here’s why:

Attorney General Cuomo’s investigation concerned allegations that the Ingenix database intentionally skewed “usual and customary” rates downward through faulty data collection, poor pooling procedures, and the lack of audits. That means many consumers were forced to pay more than they should have. The investigation found the rate of underpayment by insurers ranged from ten to twenty-eight percent for various medical services across the state. The Attorney General found that having a health insurer determine the “usual and customary” rate – a large portion of which the insurer then reimburses – creates an incentive for the insurer to manipulate the rate downward. The creation of a new database, independently maintained by a nonprofit organization, is designed to remove this conflict of interest.

It’s now been two years, and according to UHC itself, nothing’s changed. The letter I got from United on November 19, 2010 reads as follows:

In October 2009 NY Attorney General announced FAIR Health, Inc., and an upstate research network headquartered at Syracuse University would develop a new independent database for consumer reimbursement and a new website. Ingenix would continue to calculate out of network benefits until Fair Health, Inc was up and running. I do not have any current information.

So two years after the settlement and more than 14 months after the announcement of a new research network, it seems the scam’s still in place.

There are a handful of other shady discrepancies in UHC’s correspondence – not the least of which is the Complaint Specialist’s claim that she is “unable to access the Cost Estimator” I used to research possible “usual and customary” rates for similar providers in my area. It’s an online tool. On the UnitedHealthcare website (3rd from the bottom on the right-hand side): 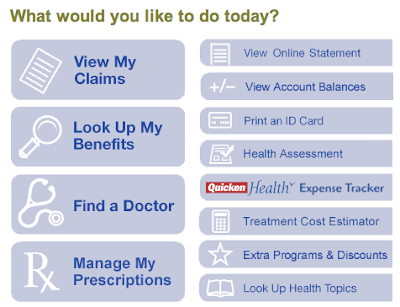 If she’s got the Internet and can sign into the UHC website (which I assume as an employee, she can), she can access the tool. This came up on yesterday’s call, and all the Specialist could say was that she knows where it is now.

I’ve procrastinated following up on the letter because I just wasn’t in the mood to deal. I imagine this happens a lot and is exactly what the insurance company banks on. But my whole debacle was just too egregious to let slide, and now that I’ve started the ball rolling again, it will be interesting to see the response.