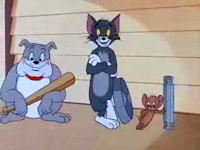 In the aftermath of the tragedy in Tucson, I’ve seen many on the left ask that we please tone down the firebrand rhetoric and offer up the thought that regardless of why this madman did what he did, now would be the perfect time to reassess the way we speak to and about one another in the course of everyday political discourse. Sure, plenty (myself included) are singling out Sarah Palin and Glenn Beck as talkers with large audiences who could make a real dent in changing the way we communicate about politics if they were so inclined.

But I’ll say it once again because clearly it needs to be repeated to sink in: I don’t think Palin and Beck are personally responsible for the actions of a madman on a shooting spree. I do think the vitriolic and demonizing rhetoric they spew on a regular basis has shaped an environment in which IF someone brought a gun to a political event and shot a member of Congress in the head, no one would say they didn’t see it coming.

Mark Shields did an excellent job of explaining what I mean during a roundtable on Newshour last night. He and I disagree on the Palin map in particular, but we are absolutely in line on the following:

MARK SHIELDS: … But what I’m saying is this. David is a member of Congress, and so am I. This is what has happened to our language. And this is what’s happening to our democracy. Instead of saying David on an issue on the other side is misinformed or mistaken, I say David doesn’t love America. He’s evil. He obviously doesn’t believe in the same God we believe in. He doesn’t believe in the same country that we believe in. He’s owned by other people and other interests, probably foreign interests.

And when this happens, this not only debases our debate; what it does is, it forecloses democracy from working. It means that we won’t be able to be allies in a future event or on a future issue, because I would then be trucking with somebody…

JIM LEHRER: Consorting with the enemy.

In contrast, what I am seeing come from the right in the wake of Tucson is an active effort to defend the venomous speech, coupled with a mad rush to find example after example of people on the left who have said nasty stuff too.

Talk about missing the point.

In my opinion, the left isn’t trying to demonize the right to score political points. The left is acknowledging that people like Palin and Beck have tremendous influence over millions of people, and if those two, for example, take responsibility for currently perpetuating a toxic level of communication peppered with misinformation often strategically designed to push buttons (death panels being the most obvious case in point) and seriously consider toning it down at this very moment in time, we may be able to eliminate some future risk.

There is a difference between laying blame and asking that we make this a learning moment and see opportunity in tragedy. Not political opportunity. Not gamesmanship. But the chance to change course and elevate the nature of political debate.

There has to be a little faith on both sides. I see that plea for decency coming from the left, but I fear the right is so defensive and skeptical that any sincere ask is falling on deaf ears.

It’s not about who said what to whom when. It’s about how we speak to and about each other from here on out.